Let’s talk about metropolis in Pomerania. We are initiating Metropolitan Debates in Olivia

Metropolitan Debates in Olivia are starting already in January. Together with “Dziennik Bałtycki” – the organiser of debates and contents partner of the project –Obszar Metropolitalny Gdańsk-Gdynia-Sopot association, we will think of how to create a strong metropolis, which serves the residents of our region well. In Olivia Business Centre throughout the entire first half of 2018, the representatives of local governments, colleges, cultural and art institutions, as well as entrepreneurs and politicians will meet to touch upon the most essential subjects for our agglomeration. The first meeting as a part of the “Metropolitan Debates in Olivia” series will be held on 22 of January at 11:00 am. You will be able to follow it via live streaming on “Dziennik Bałtycki” Facebook profile. See the event on Facebook

The theme of the meeting, in which such guests as the marshal of voivodeship, mayors of Gdańsk, Gdynia and Sopot, the representatives of government, Pomeranian deputies and senators, as well as the representatives of the world of business and science, are going to participate, is: “Opportunities and needs for creating a metropolis in Pomerania?”. Watch the debate live!

Region’s residents were the first who warmed to the idea of metropolis, which has been discussed for many years. Benefits connected with “being together” more closely have always been something obvious for them (common tickets and implementations concerning collective transport, common solutions concerning the problem of environmental protection, education or planning region’s development…). Local governments, which wanted to cooperate in 2011, set up Gdański Obszar Metropolitalny association. Currently, Obszar Metropolitalny Gdańsk-Gdynia-Sopot association consists of 57 local governments (the area covers a total of nearly 5.5 thousand square kilometres; according to the area of counties: 6.7 thousand square kilometres, inhabited by nearly 1.5 million of residents). 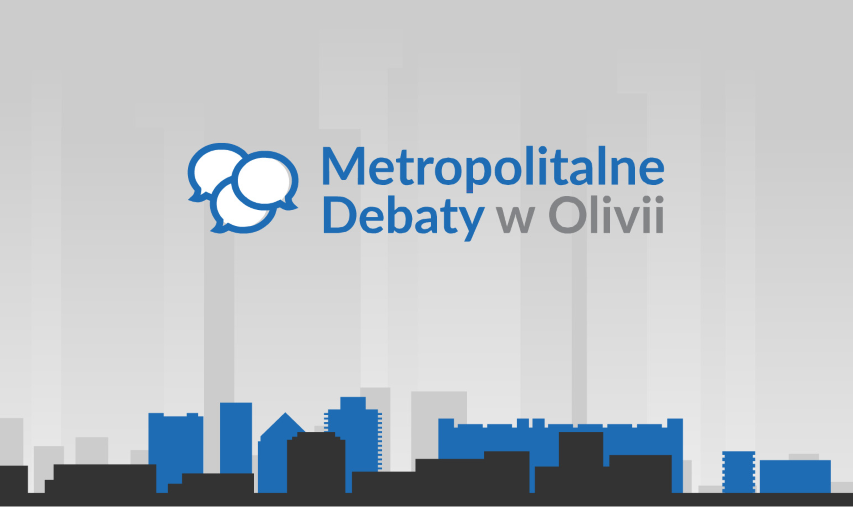 The representatives of business, who have been talking about metropolis in the context of Gdańsk, Gdynia, Sopot and neighbouring cities for a long time, think in a similar way. However, it has been more difficult to convince local politicians throughout all these years. Of course, among them there were declared enthusiasts of the idea of metropolis, but there were also sceptics who claimed that it is easier to communicate to solve certain problems.

However, at the moment Pomeranian metropolis doesn’t have any enshrinement.  Without it, joint problem solving is very difficult in practice.

While searching for ideas and concrete solutions for metropolis, together with “Dziennik Bałtycki” and Obszar Metropolitalny Gdańsk-Gdynia-Sopot association, we are organising the series of debates entitled “We want metropolis in Pomerania” in Olivia Business Centre. Participants of the first debate, which is planned for 22 of January, will sign in Olivia a declaration of need to create a Pomeranian metropolis. We believe that this declaration will become a cornerstone of this project.

In future debates, which are planned for subsequent months, we, together with politicians and region’s residents, will be thinking of how to solve problems connected with certain spheres of life most effectively: transport and collective communication, environmental protection, education and tourism. In each of these areas we can do better and more if we act together.

Current information on the website dedicated to Metropolitan Debates in Olivia

Topics, which will be covered during the meeting on 22 of January:

You are welcome to join us!