The 2nd Metropolitan Debate in Olivia is still ahead of us. Together with “Dziennik Bałtycki” – the organiser of the event and contents partner of the project, Obszar Metropolitalny Gdańsk-Gdynia-Sopot Association, we are discussing on how to build a strong metropolis, which will serve the residents of our region well. In Olivia Business Centre, throughout the entire half of 2018, the representatives of local governments, colleges, cultural and art institutions, entrepreneurs and politicians will be meeting and dealing with the issues, which are the most important for our agglomeration.

The first debate in Olivia Business Centre’s headquarters was held on January 22. The meeting, during which there was a debate between the representatives of the government, members of parliament and local governments (for example mayors of Gdańsk, Gdynia and Sopot), ended with signing an important declaration by the participants. “We, the participants of metropolitan debate organised by the editors of “Dziennik Bałtycki” in Olivia Business Centre, as well as the representatives of communes and districts associated in Gdańsk-Gdynia-Sopot Metropolitan Area, support the idea of creating a metropolitan union in the Pomeranian Voivodeship” – this is the first sentence of the declaration. Read more…

Already on March 2 in Olivia, there will be held a conversation about mobility. First of all, the metropolis is a hope for the residents of the whole region for the improvement of transport. We want to commute easier within Gdańsk, Gdynia and Sopot, as well as between the “core” of the metropolis and neighbouring cities and communes. That is why, we will be talking about collective transport, including unified tickets. During the meeting, we will also discuss such issues as the development of Fast City Rail and Pomeranian Metropolitan Railway. Interlocutors will be also looking for modern solutions – in the agenda, there is also a place for the debate on a metropolitan bike. Politicians from local governments and experts will participate in the debate called “Metropolis and mobility”. The meeting will begin on Friday, March 2 at 3:00 pm. You will have a chance to keep track of the event on the Facebook profile of “Dziennik Bałtycki”.

If you want to participate in the 2nd Metropolitan Debate in Olivia, register using the form, which is available on the website of “Dziennik Bałtycki”. Let us know, which issues connected with the metropolitan area are interesting for you. You will receive the confirmation of possibility to participate in the debate electronically. The number of seats is limited. The applications will be handled on a first come, first served basis. 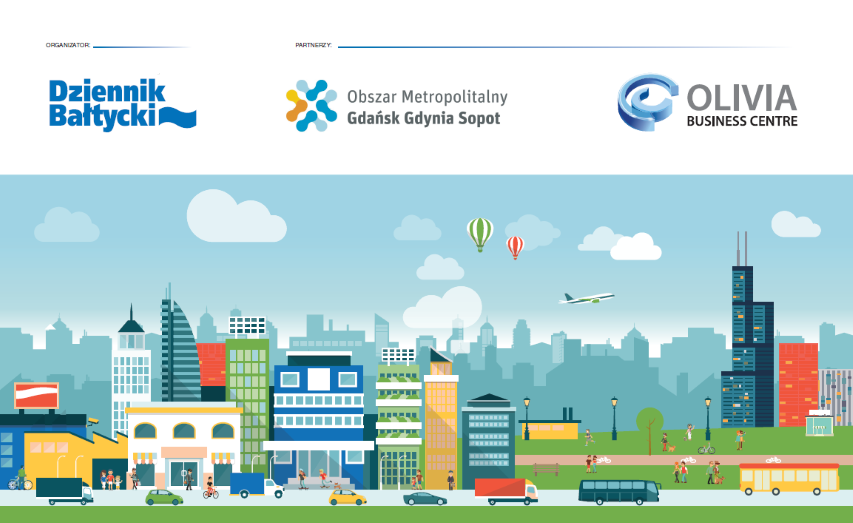 Visit the website dedicated to Metropolitan Debates in Olivia

Let us know that you are interested in participation