On 20 of January, for the 8th time there took place a “Charity Ball with Heart” organised by Hospice Foundation. Also this time, Olivia Business Centre was the partner of the event.

European Solidarity Centre gathered more than 250 guests. Carnival party, in accordance with ball’s tradition, was combined with raising money for foundation’s charges – guests were raising funds for people under the care of priest E. Dutkiewicz Hospice for Adults and Children in Gdańsk. Last year, during loud and silent auction, more than 180 thousand zlotys were raised. This year, the Hospice will receive nearly 240 thousand zlotys!

Honorary Consul of the Republic of Malta in Poland, Sławomir Kalicki and the President of the Management Board of the Association of Honorary Consuls in Poland, Magdalena Pramfelt, were engaged in the organisation of this year’s ball. The ball was organised under the honorary patronage of Natasha Meli Daudey, the ambassador of the Republic of Malta in Poland. The event in ESC was full of Maltese accents.

One of the most moving moments during the event were the words of thanks addressed to people, who have been actively engaged in helping the foundation for many years. For their good hearts they received symbolic… hearts. This year, these unique distinctions went to Maciej Grabski, President of the Management Board in Olivia Business Centre, Barbara Zaborowska, the owner of Olimpia Group, Julian Pawlukiewicz, CEO of Johnny Bros and Maciej Kosycarz. 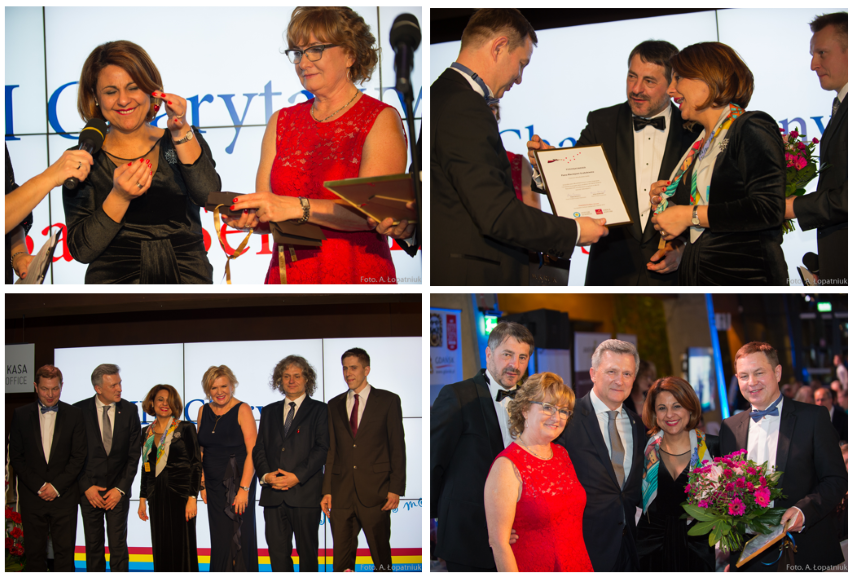 More information can be found on: http://www.fundacjahospicyjna.pl/pl/aktualnosci/806-osmy-charytatywny-bal-z-sercem

Photos thanks to the courtesy of Hospice Foundation, author: A. Łopatniuk