Taking advantage of the fact that Olivia Business Centre is situated not far away from the sea, we have prepared a unique offer for the growing community of our centre – Olivia Yacht Club. Within its framework we came back to, for example, the form of popular and practical meetings led by Mateusz Kusznierewicz, the Olympic champion and world champion in sailing. First training and regatta took place on September 5.

This day, late afternoon, a group of nearly forty Olivia Business Centre Residents met in the National Sailing Centre in Gdańsk. In one of the conference rooms participants listened carefully to Mateusz Kusznierewicz’s words, who was explaining basic regatta’s rules and gave practical tips. 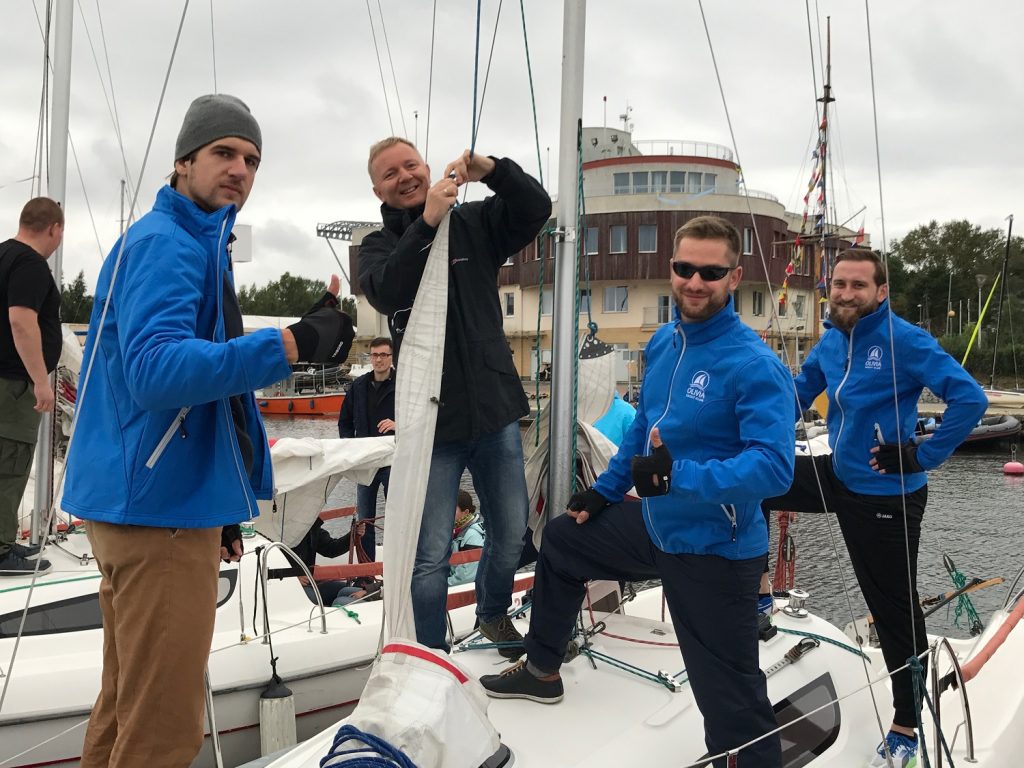 After a short briefing and getting acquainted with basic regatta’s rules, participants divided into teams and started to rig their yachts under the supervision of instructors. People with skills on different levels, even complete beginners, attended the meeting. However, on every yacht there was at least one person who was experienced as a pilot.

After going through some basic manoeuvres, the signal was given, what meant that there were five minutes left till the start of the first race. The route was easy. Participants had to go round a buoy with yacht’s left port and once again pass the starting line. Regatta proceeded smoothly, safely and in friendly atmosphere – smiles on our sailors’ faces were the best proofs.

Unfortunately, after four races it was time to come back to the harbour before the dusk. Ultimately, the crew from yacht number 8 turned out to be the best. Its members scored as many points as crew number 5, but they completed the last race in higher position.

– I am very proud of you – said Mateusz Kusznierewicz in his closing speech. – Race after race you were getting better. In the last race time difference between first and last crew at the starting line was less than one minute. 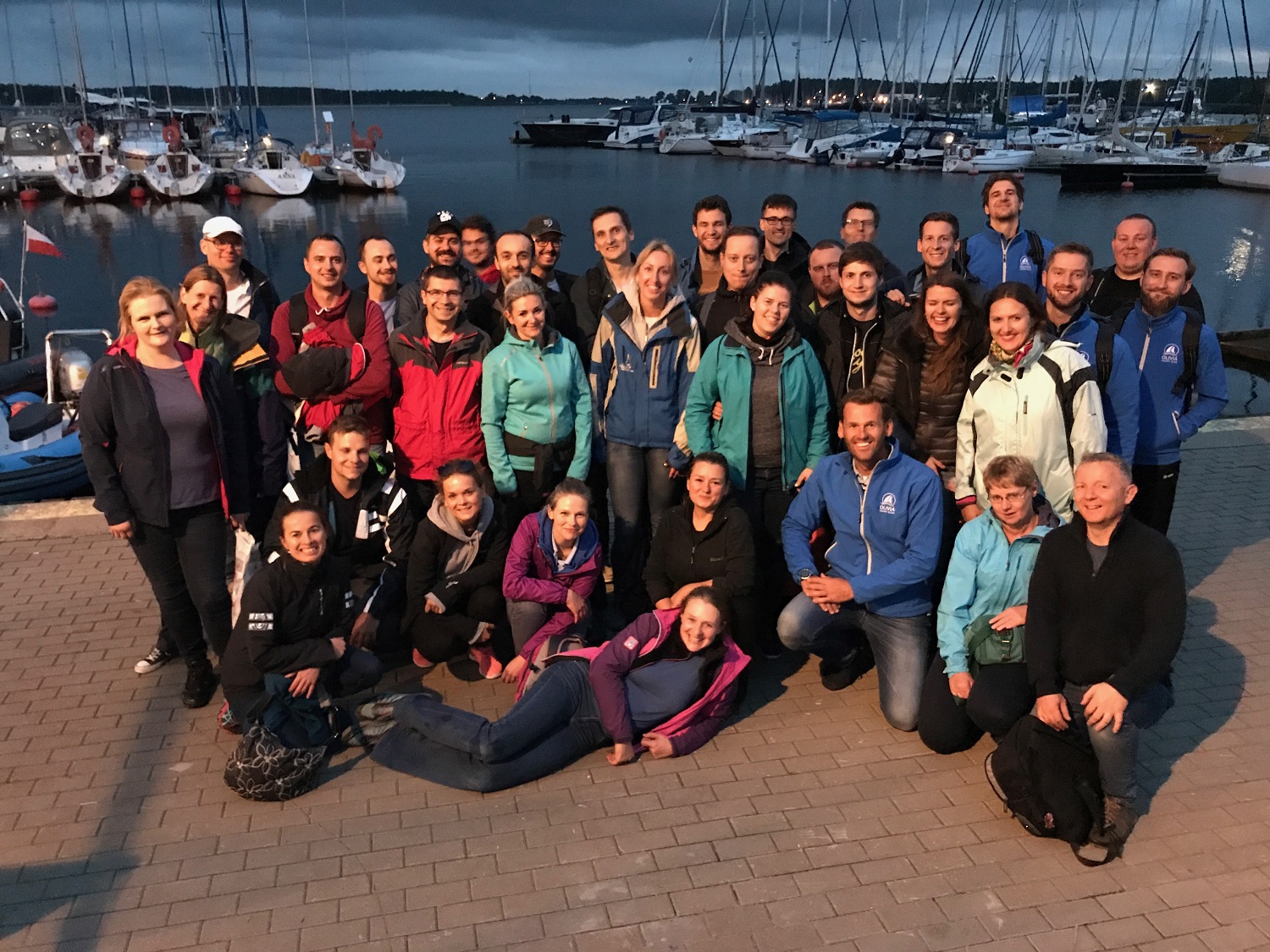 The meetings in the National Sailing Centre will be held till winter. Another joint sailing is planned for October. However, that is not the end. At the beginning of 2018 in Olivia Business Centre, there will begin a course, which will enable you to get a sailing license. First meetings will be theoretical. Judging from participants’ reactions, the group of sailors in Olivia may become much bigger.

Try your hand, more information and registration are available on: yachtclub@oliviacentre.com.