Annual Evening Gala of the Pomeranian Employers, during which the best companies and personalities of the region are awarded, is one of the most important business events. In the exhibition centre AmberExpo in Gdańsk, on the 25th of February, gathered nearly 700 guests – representatives of the world of business, science and culture, as well as local authorities. The special guest of this year’s event was Janusz Gajos – an actor. Olivia Business Centre was the Main Partner of Evening Gala, during which awards in the “Pomeranian Employer of the Year” contest are presented.

The contest “Pomeranian Employer of the Year”, organised by Pomeranian Employers, is addressed to all Pomeranian companies. Awards are presented to the companies, which meet contest requirements concerning financial-economic condition and, at the same time, popularise through their actions corporate social responsibility and organise employee-friendly workplaces. The contest is settled in three categories: small (up to 50 employees), medium (from 51 to 250 employees) and large enterprise (more than 250 employees).

– We want to appreciate and widely promote the achievements of Pomeranian companies and their managers – said Zbigniew Canowiecki, the president of Pomeranian Employers, during the event. – This is the idea of the award presented not only for economic growth of a company, but also for its contribution and friendly relations with employees.

The winner in the category “Small Enterprise” is Service Bureau Mariom, whose owner is Mariusz Grzęda. In this category, among others, an OBC resident – Goyello company – was awarded as well.

The winner in the category “Medium Enterprise” is Szkuner sp. z o.o.; the president of the company’s management board is Michał Hernik.

The winner in the category “Large Enterprise” is Intel Technology Poland; the president of the company’s management board is Ryszard Dyrga. Awards in the above-mentioned category were presented, among others, by the president of Olivia Business Centre – Maciej Grabski. 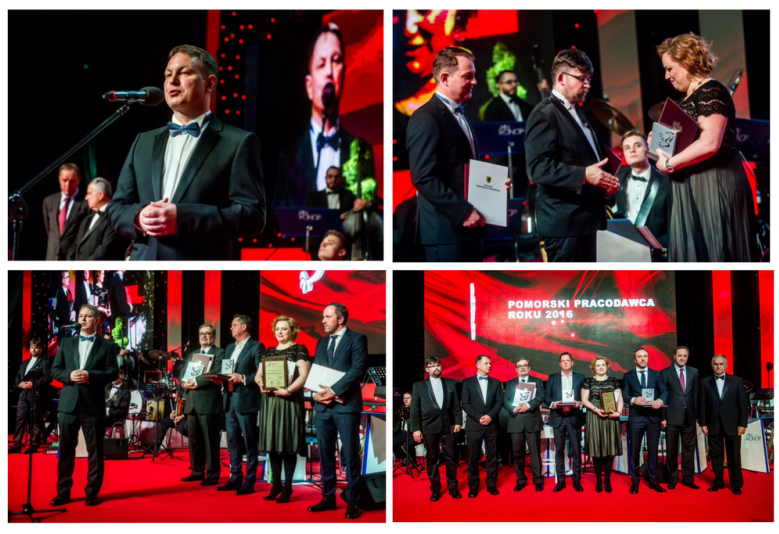 What is more, Złote Oxery awards were presented to the founders of Crist shipyard – Ireneusz Ćwirko and Krzysztof Kulczycki, as well as Termika company, the founder of which is Zdzisław Sochacki. Currently, the company is led by the founder’s son – Maciej Sochacki.

Full coverages can be found on: