In Olivia about the most important things for metropolis. Metropolitan debates have begun!

Today, on the 22nd of January, in Olivia Business Centre there was held the first debate on our metropolis. The following guests took part in the meeting: Paweł Chorąży – deputy minister in the Ministry of Development, Kazimierz Kleina – senator (Civic Platform); Marcin Horała – deputy to the Sejm (Law and Justice); Paweł Adamowicz – mayor of Gdańsk; Wojciech Szczurek – mayor of Gdynia; Jacek Karnowski – mayor of Sopot; Zbigniew Canowiecki – chairman of Employers of Pomerania, as well as Patryk Demski – mayor of Pelplin.

The debate was opened by: Maciej Grabski, CEO in Olivia Business Centre and Mariusz Szmidka, editor-in-chief of Dziennik Bałtycki.

See the full record of the debate

It’s not something new that in Olivia we always try to talk about important things: for our city, agglomeration, region. We want to be the place of solid and open discussions on important subjects resulting in conclusions, which can be used in real actions, beneficial for all residents of Pomerania region. This time, together with “Dziennik Bałtycki”; the organiser of “Metropolitan debates in Olivia” and contents partner of the project, Obszar Metropolitalny Gdańsk-Gdynia-Sopot association, we decided to initiate a discussion on how to build a strong metropolis. Through the entire half of the year, we will be inviting to Olivia Sky Club the representatives of local governments, colleges, cultural and art institutions, entrepreneurs and politicians and will be dealing with the issues, which are the most important for the residents of our agglomeration.

Panellists of the first meeting talked, among other things, about how to create metropolitan area in Pomerania region and what we can do thanks to cooperation. They were wondering, whether the development of metropolis in Poland requires special legal acts, whether creating metropolis will solve our everyday problems and which tasks the future metropolis should fulfil. How can residents benefit from it? What are the opportunities and threats associated with creating metropolis? 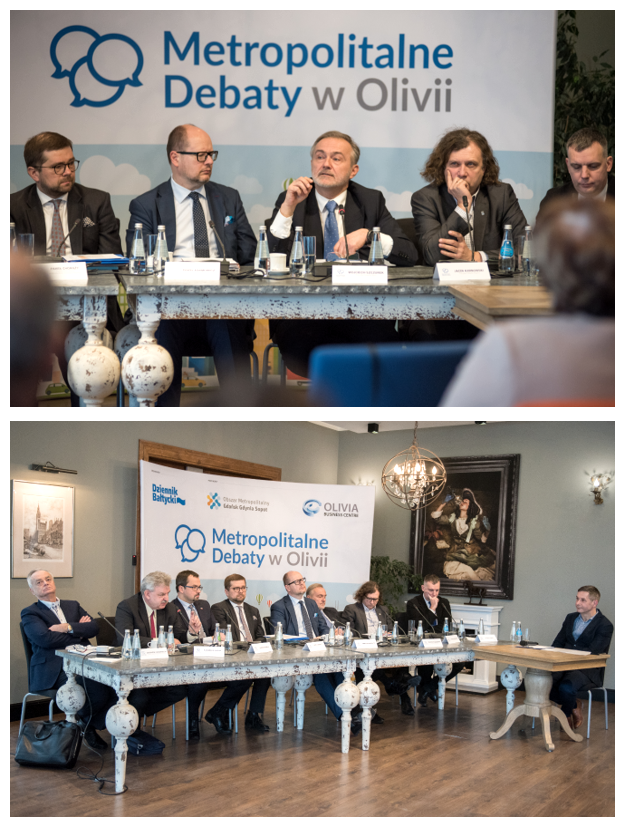 Visit the website dedicated to Metropolitan Debates in Olivia