A drop of life with “Kropelka Energii” Foundation.

Some words about the Inaugural Gala of Kropelka Energii Foundation…

The ceremony of granting badges and diplomas to honorary blood donors, the lecture by Prof. Andrzej Hellmann and doctor Michał Taszner from Haematology and Transplantology Clinic of Medical University of Gdańsk entitled “Opportunities for treatment with blood and the role of Honorary Blood Donors”, as well as presentation of the current activity of Kropelka Energii Foundation in Olivia Business Centre, were the main elements of Kropelka Energii Gala, which was held on December evening of the St. Nicolas Day in Olivia Sky Club.

Olivia Business Centre has been supporting the action from the very beginning. Many partners, for example centre’s residents, participated in blood donation campaigns organised in Olivia since OBC is not only a workplace, but also a unique community. All willing persons can give their most precious gift in Olivia, starting with centre’s employees and ending with Tricity’s residents and its guests. Blood donor buses of the Regional Centre for Blood Donation and Haemotherapy can be found, as always, at C parking lot next to Olivia Business Centre. 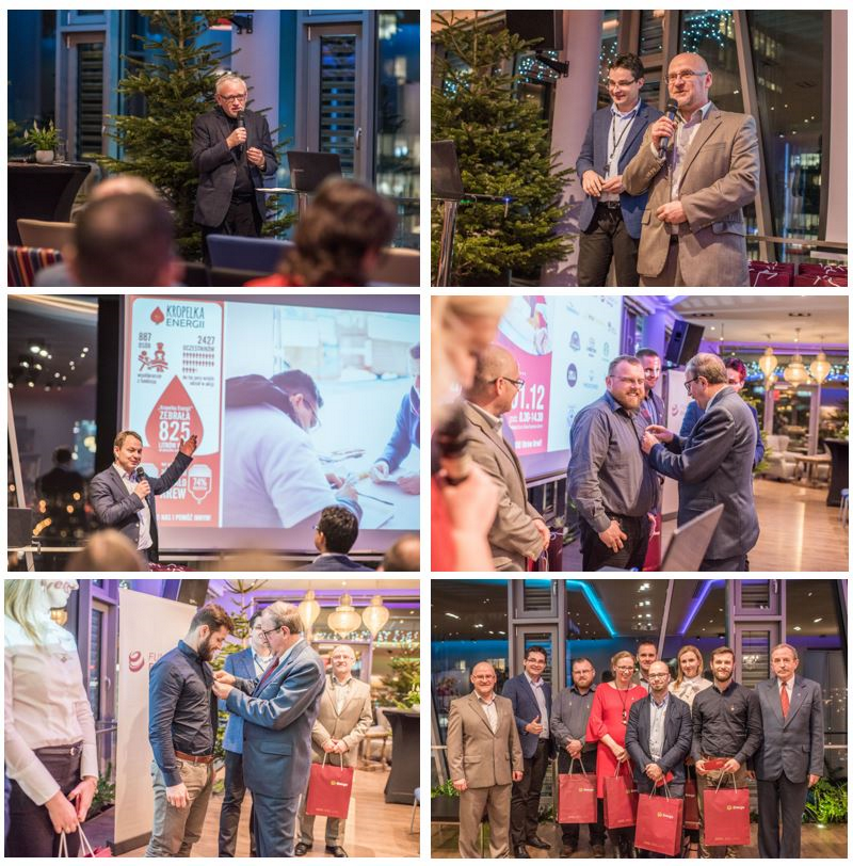 ENERGA “Kropelka Energii” Informal Honorary Blood Donors’ Club, which has been an employees’ initiative in the biggest energy company in northern Poland since 2012, has been effectively helping save people’s lives and health. Currently, it is functioning as Kropelka Energii Foundation. From the very beginning, Tomek and Piotrek, Energa’s employees, who contributed to creating this noble initiative, wanted Kropelka Energii to be available for every donor. Establishing the foundation made their dreams come true. As they say, while organising the first blood donation campaign, on August 8, 2012, they had many doubts about the future.

– Thank you that you trusted us then. Please remember that… “Being a Donor is a great honour”. We would like this motto to encourage everyone to act and help other people – say unanimously Tomasz Rubanowicz and Piotr Krysiński, president and vice-president of “Kropelka Energii” Foundation’s management board. 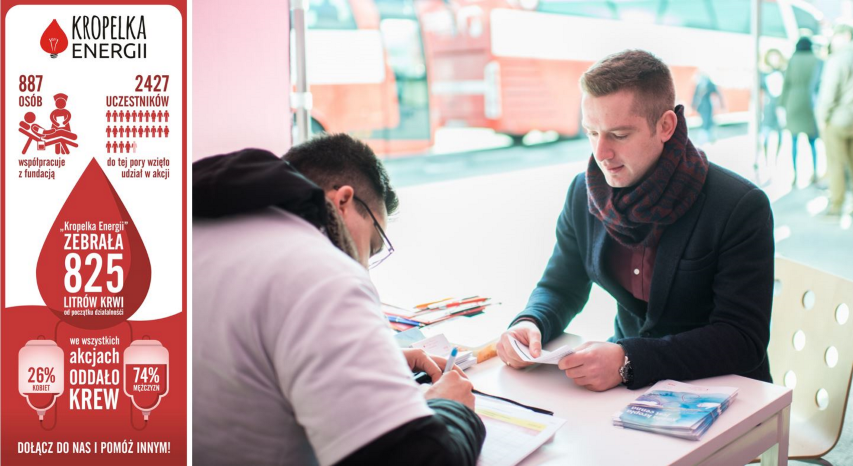 – The need for blood and its ingredients is incessantly growing. The change of the form of club’s functioning was necessary to expand organisational possibilities, which result from the need to develop the project. I am very glad that we received such a great support from Energa Group’s employees. Thanks to them, we had motivation to strive to achieve our goal – said Tomasz Rubanowicz. – We would also like to thank all partners of Kropleka Energii, without them we wouldn’t be where we are today – added Piotr Krysiński.

Extensive photoreport from the event

THANK YOU ALL FOR TAKING PART IN PROJECTS! 🙂